Images related to this file:

Description: This is a repaint for the payware Captain Sim C-130 X-perience J-30 model, based on the C-130J-30 RAAF A97-449, 'Walk The Line' nose art scheme. “Walk The Line” is a reference to the distinct separating line in the aircraft's two-tone grey colour scheme. There was a short thread on the Captain Sim C-130 some years ago, but I am a little surprised there has not been more interest, given that this is a detailed simulation for FS9 of a Classic period aircraft, the C-130A now being available (both Base Pack and Extension Pack are required) for slightly under £20 English pounds. FSX - C-130 Hercules Captain Sim Patch One of the greatest transport aircraft in history, the C-130 Hercules is brought to life by the experts in high-quality flight simulation air. 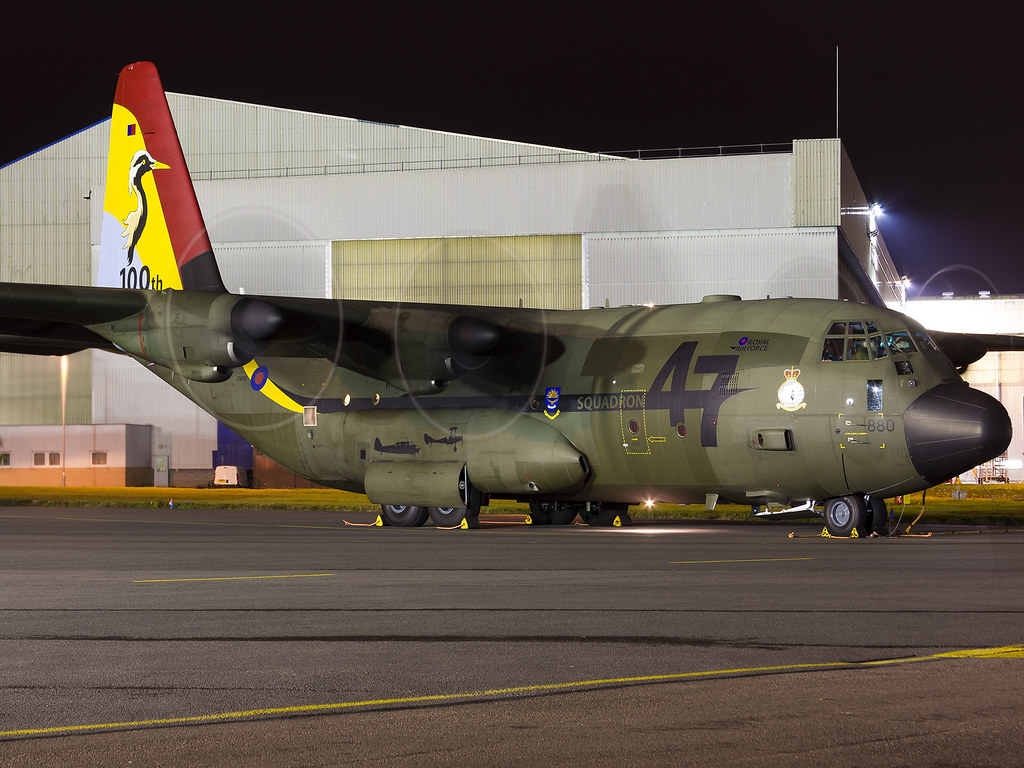 File Description:
This is a repaint for the captain sim C-130 X-perience (http://www.captainsim.com/products/c131/), to use this repaint, BASE pack is required. This repaint contains an Evergreen International Airlines livery. The particular aircraft included is the one with registration number N130EV. This particular aircraft, USAF serial 64-0552 (c/n 382-4047), was built for the USAF in 1965 and immediately converted into a WC-130E. In 1999 it was acquired by Evergreen International Airlines and registered N130EV (this repaint). The aircraft was purchased by Sabena Technics in 2007 as a replacement for the C130 (CH-02) lost in a hangar fire on Brussels Airport on May, 5th, 2006. Sabena technics converted the aircraft to the Belgian C-130H state, and it now serves as CH-13 with the Belgian Air Component. Repaint by Lars Domen

The C130 is set up in what is now known as the typical military transport configuration, with its high set wing that allows for maximum use of cabin space and a hydraulically actuated loading ramp, which when closed, forms the under-surface of the upswept rear fuselage. 1954 saw the first flight of one of the two prototypes that were built, and the first production flight was in the following year, 1955. Since then, well over 2000 C130's have entered into military and civil service, in a many variations. The C130J was the first to feature a glass cockpit, advanced avionics, HUD, and upgraded engines. Here are just a few of the tasks that this 'Legendary' aircraft can handle: Cargo and Troop Transport, Electronic Surveillance, Gunship, Coast Guard, In-Flight Refueling Tanker, Ski-equipped for Arctic service, drone launch and control, weather recon, etc., etc., etc..... The list truly does go on! As you can see, this 'medium' sized transport gets around a bit! To top it off, I think it's a damned fine looking aircraft too! Lockheed must have done something right for the Hercules to stick around for so long! The big plus, of course, is the adaptability of the aircraft to the many roles that are listed above.