In this work, an alternative intensity calibration target was developed and tested with a Reson T20-P MBES in the test tank facilities at the University of New Hampshire. This MBES is a 200 kHz sonar with 256 beams. The Fuzion Tank Series scale offers impeccable design, accuracy and the highest level of durability for both double and triple digit devices. The unit is housed in super strong, black plastic material with a snap-secured water resistant cover. The scale features a stainless steel weighing platform, 5.5 digit LCD screen and include a 20g or 200g weight for calibrating. With normal care.

The Fuzion Tank Series scale offers impeccable design, accuracy and the highest level of durability for both double and triple digit devices. The unit is housed in super strong, black plastic material with a snap-secured water resistant cover. The scale features a stainless steel weighing platform, 5.5 digit LCD screen and include a 20g or 200g weight for calibrating. With normal care and proper treatment, the Fuzion Tank scale will provide years of reliable service!

— Each backed by our 10 year warranty guarantee —

The Medium Tank T20 was part of a series of medium tanks designed by the United States during the Second World War, to be the successor to the M4 Sherman. Successive evolution of the basic design culminated in the M26 Pershing.

Almost immediately after the M4 Sherman was standardized, the US Ordnance Department started work on a successor. The Ordnance Department had already been working on heavily armored infantry tankdesign for the British, using M4 parts.[2] The new project was started on the 25 May 1942, it was originally designated M4X[3]. Starting with the T20, the Ordnance Department initially developed three series of improved medium tank prototypes, the T20, T22, and T23. The main differences between the T20, T22 and T23 lay in the choice of transmission.[4] The T20 used a torque converter fluid drive, the T22 a 5-speed mechanical drive similar to the M4 drive, and the T23 used an electric drive. All moved the transmission to the rear of the vehicle eliminating the need for a driveshaft running the length of the vehicle. The driveshaft used in the M3 & M4 vehicles forced the turret to be mounted higher increasing the vehicle height.

Within each different prototype series, a variety of different suspension and armament configurations were tried out, for example, the T20 had an early version of the horizontal volute spring suspension (HVSS) suspension later employed on the M4A3 Sherman, whereas the T20E3 had torsion bar suspension.

T20E3, which replaced the T20's HVSS with torsion bar suspension

T20E1: 75 mm automatic gun and horizontal volute spring suspension[3]. This version was cancelled and the turret used on the T22E1 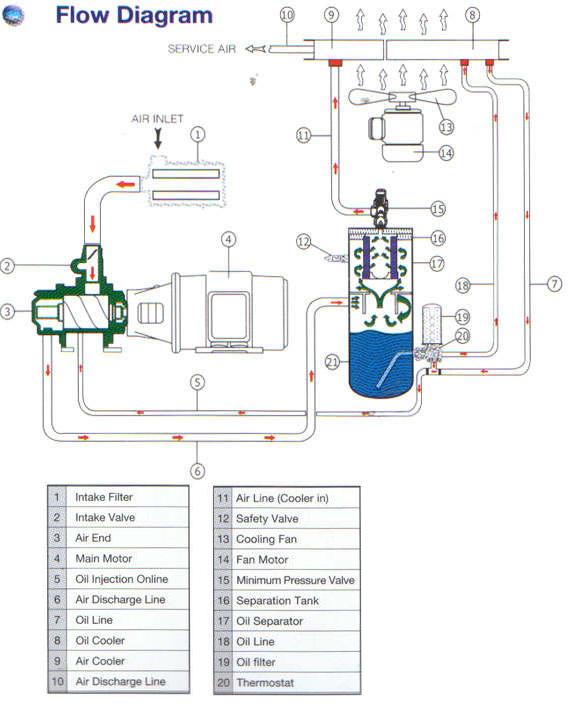 Of the above only the T20 and T20E3 were completed, the T20E3 being converted from the T20E2 prototype. The T20 series was deemed unsuccessful on the grounds that the transmission was subject to excessive oil leaks and overheating.[4]

There was only one T22 constructed. The T22E1 was the T22 pilot vehicle re-equipped with the turret originally built for the T20E1. The T22E2 with 3 inch gun and torsion bar suspension was never constructed. Modified for rear drive the M4 type transmission proved troublesome, hence the cancellation of the T22 program. The 75 mm automatic gun was tested in this installation and gave a maximum rate of fire of 20 rounds a minute, but was abandoned in December 1944 on the basis that it was unreliable and larger calibre guns were now the priority.

Like the T20 and T22, T23s with the 75 mm automatic gun and 3 inch gun were planned but never constructed. The T23 was actually the first of the T20 series prototypes completed and was found to be highly maneuverable. The design was classified 'limited procurement' in May 1943 and 250 T23's were ordered, although the design was never standardized or issued to front line units. Production models featured the T80 turret that would later be used in modified form on the upgunned M4 variants. The T23 was not adopted for service partly because of its untried transmission system and partly because the design had poor weight distribution and excessive ground pressure. In an attempt to rectify this, two further variants were ordered, the T23E3 with torsion bar suspension and the T23E4 with horizontal volute suspension. The T23E4 was cancelled before the design was completed, but the T23E3 prototype was completed and the torsion bar suspension was found to have reduced the ground pressure by 20% compared to the T23.

Not strictly part of the T20 series medium tanks, but closely related to them, the T21 was proposed as a replacement for the M3 and M5 series of light tanks. It was to have been based on the chassis and mechanical components of the T20, would have had a 30 mm armor base, been armed with the 76 mm gun, used either a torsion bar or use the vertical volute spring suspension, and had a weight of 24 tons. The design was prepared, but held in abeyance as it was deemed too heavy for the light tank class. Ultimately, the T21 concept was superseded by the T24 program, which was standardized as the M24 Chaffee.[6]

With their 76 mm guns, torsion bar suspension and low silhouettes, the T20E3 and T23E3 were roughly comparable to the Russian T-34 with 85mm gun and the later versions of the German Panzer IV so, on the basis that the M4 was becoming obsolete, the Ordnance Department requested the T23E3 and the T20E3 be standardized as the M27 and M27B1 in July 1943. However, the request was rejected and neither design was ever mass-produced.

The reason for this lay partly in Army Ground Forces (AGF) not recognising the growing obsolescence of the M4 design. The Sherman had performed admirably in North Africa and Italy so there was no sense of urgency to replace it. German Tiger and Panther tanks had already been encountered by this time, but only in small numbers and the AGF did not expect to see them fielded in quantity. Accordingly, the US Army did not consider it necessary to interrupt M4 production for a vehicle for which they did not perceive a requirement.

Additionally the M27 would have mounted the 76 mm gun; the introduction of which to the tank force was opposed by the AGF. The 76 mm and 90 mm guns were both accepted much more readily into the tank destroyer service.

With standardization of the M27 rejected, the Ordnance Department continued designing improved tanks, this time armed with 90 mm guns. The immediate result of this line of development was the T25 series—basically a slightly enlarged version of the T23—and then the bigger, better protected T26. The T26 further evolved into the T26E3, and was ultimately standardized as the M26 Pershing and accepted into service at the very end of the war.